It’s hard to pick, but here are 10 of our favorite meaningful moments of the past year! We can’t wait to make more magic moments in 2022 with your support!

A weekend transformation of 15-year-old Jack after trying the Bowhead Reach and hanging out with Joe reminds us of the ineffable power of recreation and the outdoors. Going on to immediately order his own, he went from being a newly injured person with a spinal cord injury to a teen with a path of possibilities ahead of him!

Fred Miles becomes the oldest person in the nation and second oldest in the world to paraglide with not one, but two, adaptive flights. The Air Force veteran teaches us to ignore imposed limits and adapt to make the unimaginable possible. Twenty other participants took adaptive flights made for an impressive inaugural year for our partners JH Paragliding.

The puck dropped for this first time after a year off at Kotler Ice Arena recently in our partnership with Valley Adaptive Sports and Teton Valley Foundation for eight Sled Hockey Saturdays in Victor, Idaho. The ice over here at Snow King Events Center is awaiting eight Sled Hockey Sunday sessions starting Jan. 2. 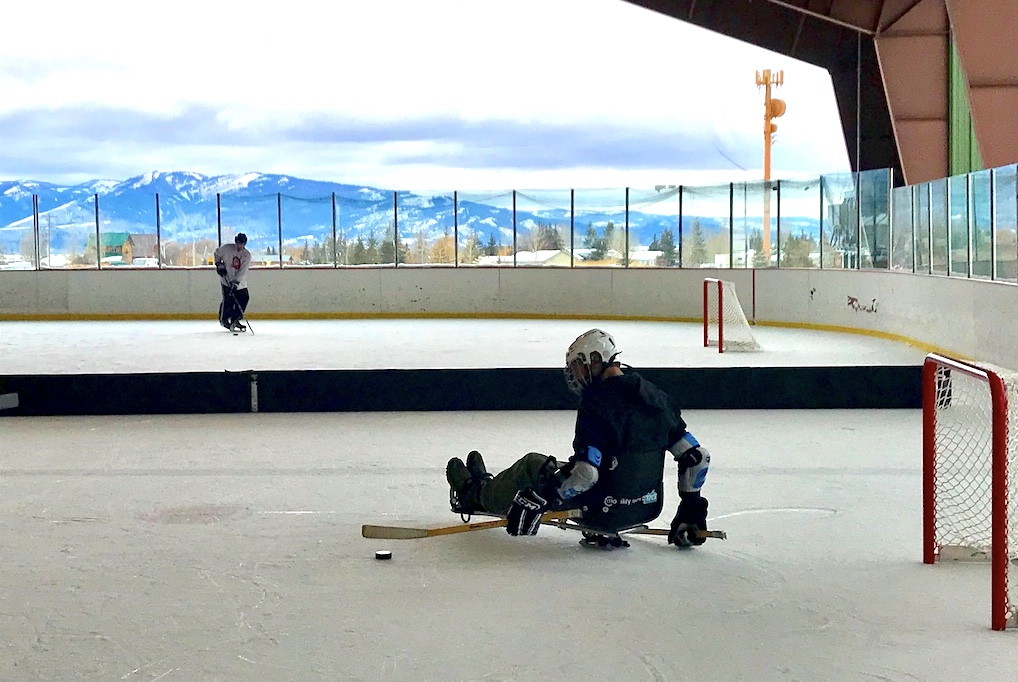 Better than any unboxing video was the moment Kevin Momoda found out that he’ll get his own Bike-On adaptive bike through a Peak Achievement grant. Even better, his smile when the team builds it and he first rides it at the base of JHMR! 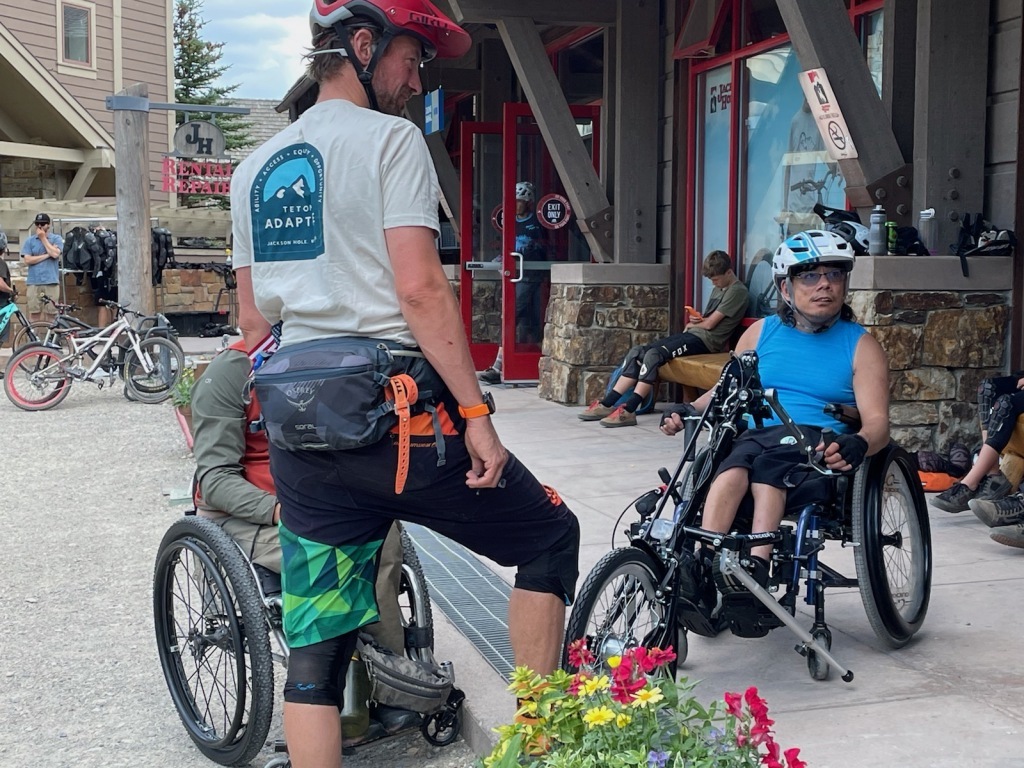 We really put some miles on the two Bowhead Reach adaptive bikes donated by the Christopher and Dana Reeve Foundation. Joe became a fast expert on these challenging-to-learn mobility devices and shared the knowledge with over 35 people with spinal cord injuries during Wydaho Mountain Bike Festival and during lessons near our office in Teton Village. Eight people with quadriplegia who tested them offered valuable feedback for the company that will inform design changes in future models. Your donations and grants from Move United and Hanson Family Foundation helped to fund these efforts.

That time that HBO came to film adaptive paragliding was pretty cool! A follow-up episode of Real Sports with Bryant Gumbel featured Joe Stone and the first instructional tandem flights in Jackson Hole! Tune in on HBO, or if you don’t have it, email Joe. 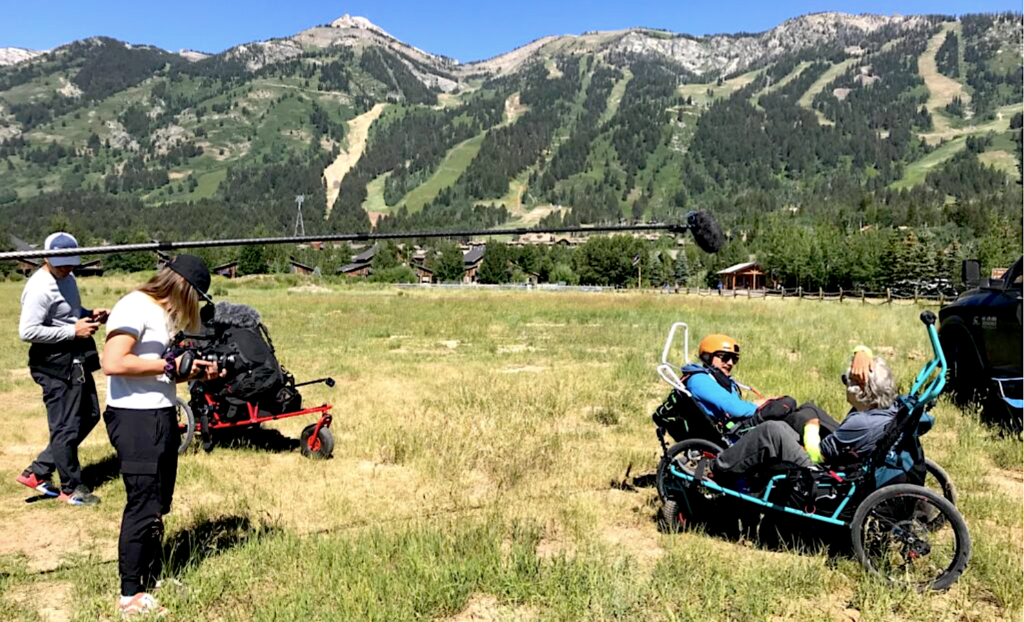 An off-season adventure for Joe Stone was really an extension of the TAS mission–but in Tanzania! TAS and local organizations worked to bring mobility devices to people with disabilities in a village near Mwanza, all of whom had never even had a wheelchair! This life-changing trip strengthened Joe’s resolve to fight for inclusion even more!

Teton Kids 2021 was a hit, as usual. There were a few changes this year to ensure COVID safety, but the Teton Kids hit the slopes and were able to ski 10 weeks this year instead of eight!

We had the chance to work right next door in the Grand Teton National Park on making it more accessible. With NPS accessibility supervisor Quinn Brett by our side we tested trails with various mobility devices and offered advice to eager and open-minded rangers who also want to share the power of this place to locals and visitors with disabilities! 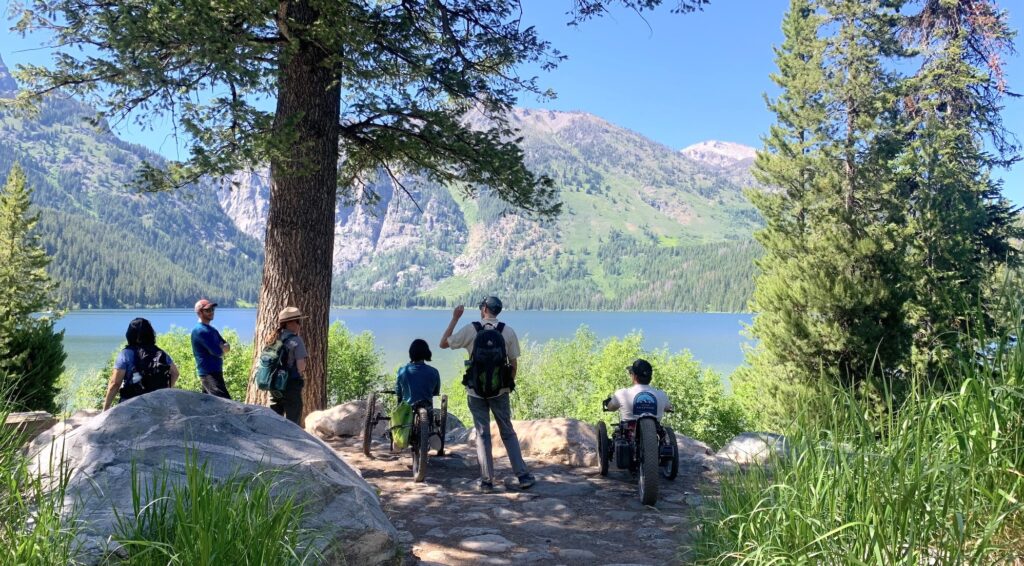