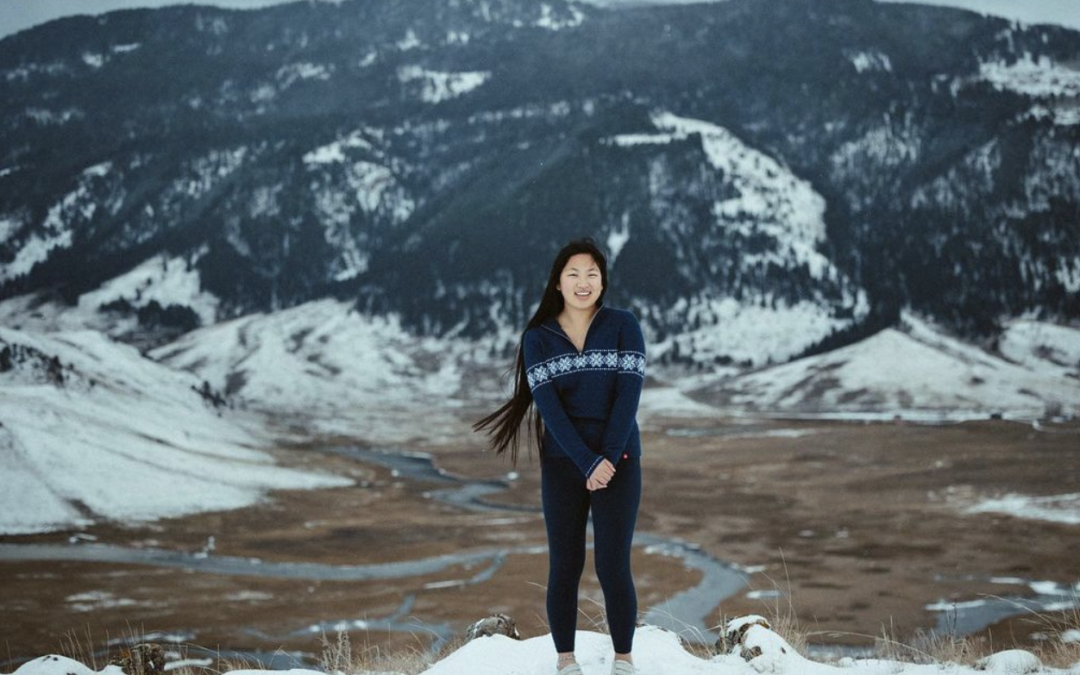 We’re extremely excited to feature Mimi Dunbar’s Disability Discussions podcast mini series entitled, Putting People First: The Harmful Effects of Ableism, Language, and Objectification on our blog! A senior project for graduation from Jackson Hole Community School, the three-part series is a must listen for public consumption for understanding disability a bit more. Please press play above to hear Mimi’s introduction (a 6:16 minute listen) and share it with your family and friends. Check back next week for the next episode on ableism.

Me: Hello, my name is Mimi Dunbar and I am a senior at Jackson Hole Community School. This podcast is the culminating project that will sum up my last twelve years in grade school. I am so excited to share this podcast with you, but a little background information about my experience with disability is necessary before we jump right into the topics that we’ll discuss in the next three episodes. My parents and I adopted my little brother Li from China when I was five. He was born with dislocated hips and club feet. Normally this is treated at infancy, but he was three when we adopted him. We traveled back to the United States and started on the long journey of medical treatment in order to help him be able to walk.

Living in Jackson Hole, it was important for him to be able to spend time outside doing the things we loved, like biking, rafting, and skiing. We found a local nonprofit organization, Teton Adaptive, that helped us with the logistics of finding specialized outdoor equipment. Now he uses an e-assist trike, a sled hockey sled, and he used outriggers for skiing before he decided to discontinue the activity. Through attending Teton Adaptive events over the course of many years, I am privileged to know a great group of people who have various disabilities.

Teton Adaptive also helped grow my awareness and interest in helping spread the knowledge of how we as a society could improve upon the way we treat people with disabilities. An overarching theme of this mini podcast series is human and social exploration.

There are many people in our society that have a disability. However, disability rights are not well known or discussed often enough. I wanted to get various perspectives on human interactions and how able bodied people could improve upon interacting with, speaking with, and referring to people with disabilities. I wanted to gain a better understanding of how humans should treat one another and how our interactions shape how we view ourselves and others. Some of the topics that we’ll explore are not that straightforward, and I hope we all approach these topics with an open mind and heart.

Mimi: To find the baseline of the public’s knowledge about disabilities, I drove out to Jackson Hole Mountain Resort and other various locations around the valley to ask people some questions about disabilities. The first question that I asked was what percentage of the population has a disability? And here are some of the answers that I’ve received.

Mimi: The CDC classifies disability as, “any condition of the body or mind that makes it more difficult for the person with the condition to do certain activities and interact with the world around them.” Also, according to the CDC, one in four or 26% or 61 million adults in the US have some type of disability. The next question that I asked people was what age range is most likely to develop a disability? And these were the answers.

Woman 1: I would say between ages two, three, maybe?
Man 1: I’m going to guess sixties to seventies.
Man 2: I’m going to go with children
Man 3: 13 to 21?
Group of men: I’d say… yeah… zero to three probably. I don’t know.
Woman 2: I’d say like teenagers
Woman 3: You know, the high school actually just did a very good presentation to all of the teachers at the Jackson Hole High School and they said that it’s between ten and 24 is when you’re going to develop at least mental illnesses or those more invisible disabilities.

Mimi: What I found was that the CDC States that there are about, “two in five adults 65 years and older who have a disability.” I also asked people if they knew what the ADA stands for and these were the answers.

Mimi: The ADA stands for the Americans with Disability Act. According to the US Department of labor, the ADA States that, “The ADA prohibits discrimination against people with disabilities in several areas including employment, transportation, public accommodations, communications, and access to local governments, programs and services.” The ADA is essentially an equal rights bill passed in by the George H. W. Bush administration.

And the last question I asked people was to see if people knew what People–First Language was. I asked people which phrase was correct. Handicapped, wheelchair bound, person in a wheelchair, or wheelchair user. And these are the answers that came from this question.

In the next podcast episode, we’ll be discussing ableism again. I am so excited to be able to share what I learned with others and I hope that you gain some valuable knowledge from this podcast and thank you for giving it a listen!