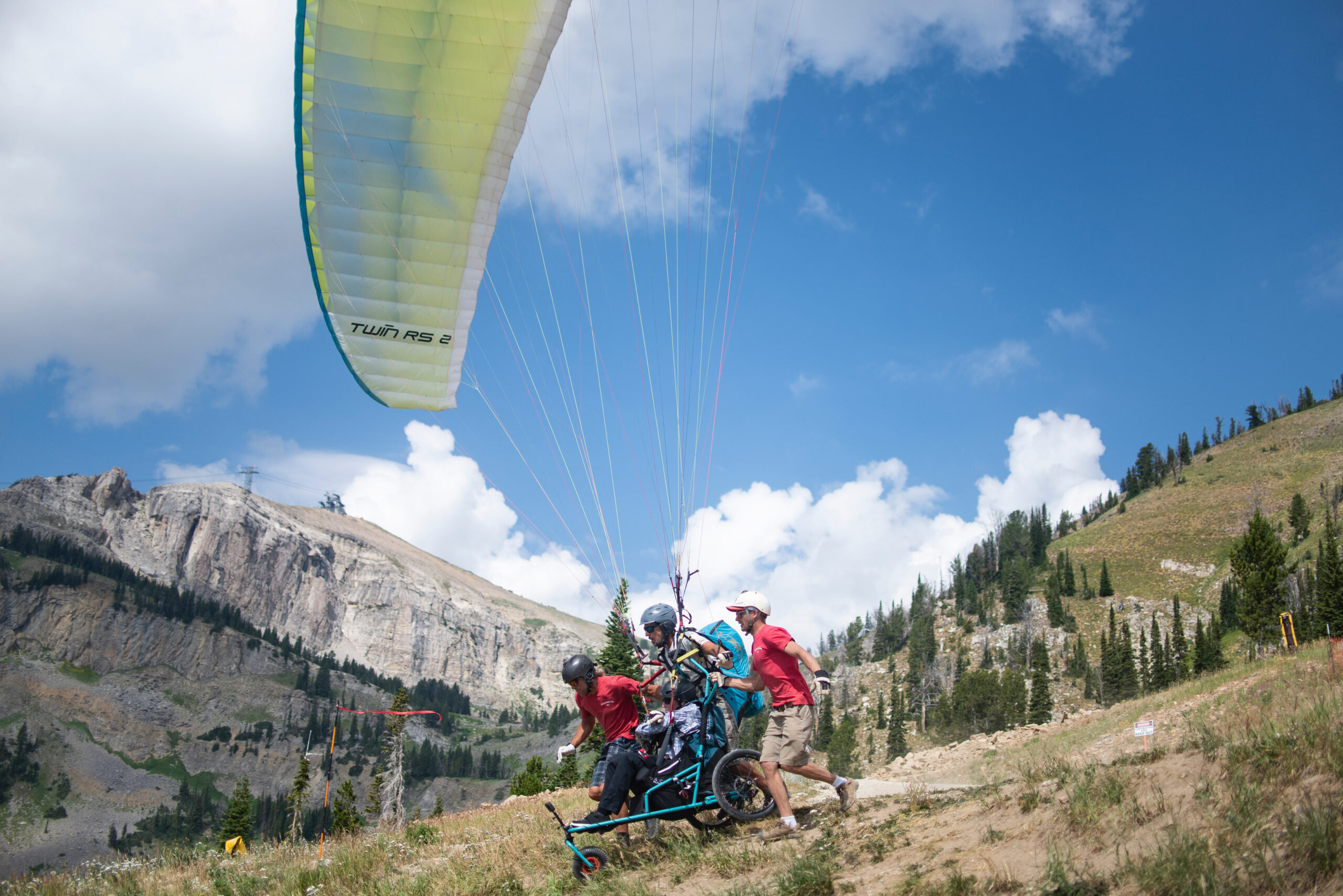 Launching… 3, 2, 1! The first adaptive tandem paragliding flight in Wyoming took place on June 29, 2021 from Rendezvous Mountain at the Jackson Hole Mountain Resort (JHMR). Through a unique partnership between Teton Adaptive, Project Airtime and Jackson Hole Paragliding, Teresa Conbeer became the first person with a disability to take advantage of the instructional tandem flight using a specially made flying chair from France.

We had been told that adaptive paragliding has been a conversation for the last 20 years, but it just wasn’t the right time, until 2021.

Flights cost $395 and Teton Adaptive supports people with disabilities who can’t fly because of the price. A fundraising campaign raised over $6000 to help with start up money and scholarship funds to help adaptive athletes spread their wings!

We are grateful to those who donated to the start up and scholarship funds and to our partners Project Airtime and Jackson Hole Paragliding! The first year went extremely well and we are confident that JH Paragliding can facilitate the adaptive paragliding flights next season with little assistance from Teton Adaptive. We hope to train more of its pilots and continue to promote and support this inclusive outdoor activity.

“It was an amazing opportunity that I will forever cherish. We sit back as a differently-abled population and wonder what certain things feel like. And being able to do that, we don’t have to wonder anymore.”
–Sari Lipp

Twenty one adaptive paragliding (aParagliding) flights were taken in its inaugural year, 2021! From the ages of 14 to 103, people with physical and cognitive disabilities strapped into the wheeled flying chair and launched from the platform at the top of Bridger Gondola.

Three specially trained pilots facilitated the tandem flights for seven females and 14 males (and one female terrier) landing safely in the field across the street (and just east) of the Teton Adaptive office. Three other JH Paragliding staff assisted in pushing for smooth takeoffs.

Two Teton Adaptive staff rounded out the integrated team of partners by scheduling flights in tandem with JH Paragliding. Experienced pilot Joe Stone spoke with all those who flew beforehand to explain what was going to happen, offer advice and ease any anxiety or fear pre-flight. 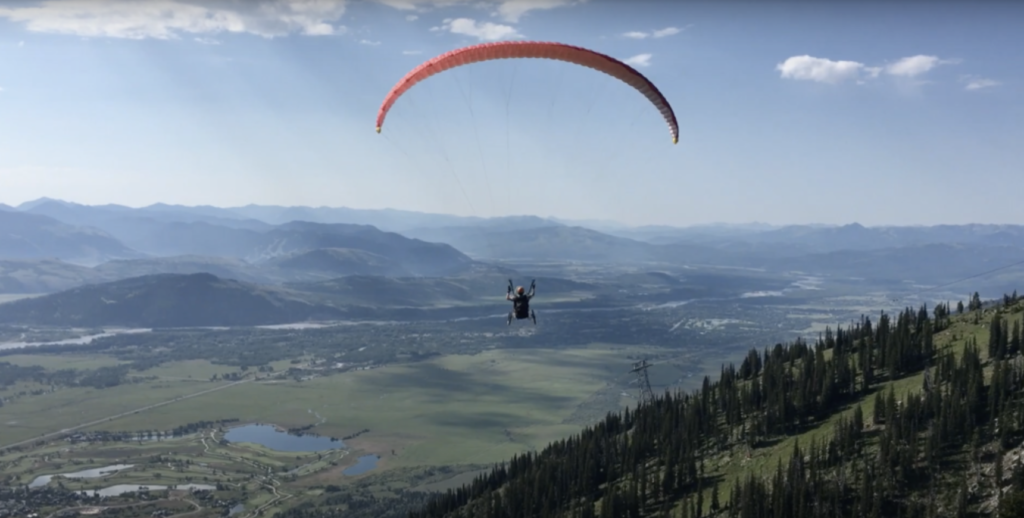 Extra, extra! Read all about it. Visually appealing and full of interesting characters and stories, adaptive paragliding unsurprisingly got quite a bit of media coverage!

“It was almost like flying an airplane. It was very nice. I enjoyed it — nice and smooth.”
–Fred Miles

Mic drop: HBO’s Real Sports with Bryant Gumbel filmed the first six flights on June 29 for a follow up to a previous episode that featured TAS Director of Mission Joe Stone!