A Brief History of Sled Hockey in Jackson Hole 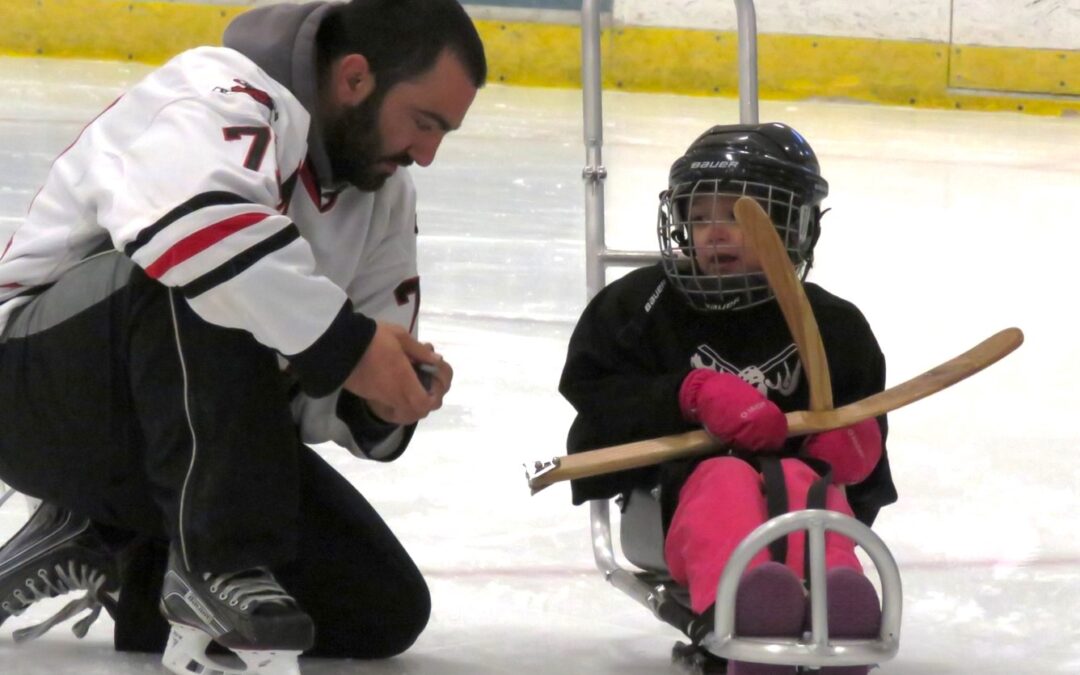 It’s USA Hockey‘s Hockey Week Across America so we wanted to share a brief history of sled hockey in Jackson Hole.

It started in 2017 when a lovely Latina named Liz wanted to make sure that her child who has muscular dystrophy could participate in all of the activities her other children were participating in. She knew that was a tall order and an uphill battle, but she is not one to shy away from hard work, stubborn systems or being told no.

Following the lead of the Silver Star business executive, community leader and serious hockey mom role model, Liz and Teton Adaptive started to research the sport of sled hockey. In this Paralympic sport, hockey players sitting in sleds with skates beneath them glide across the ice battling for the puck just as stand up players do. She rallied the local families with disabilities and local hockey clubs, including our semi-pro team the Jackson Hole Moose, to join.

Fast forward five years, sled hockey is a collaborative program and the coaches are Moose team members who are known to shred the ice on a sled, role models for our local youth. Every year up to 30 people with disabilities at a time show up to ten skate sessions and multiple pop-up scrimmages.

Starting a program is not easy… starting a disability inclusion program is a feat! Thank you, Liz, and everyone else who worked hard to get sled hockey in Jackson Hole started.

Join us for the last session this season this Sunday at 2:15!